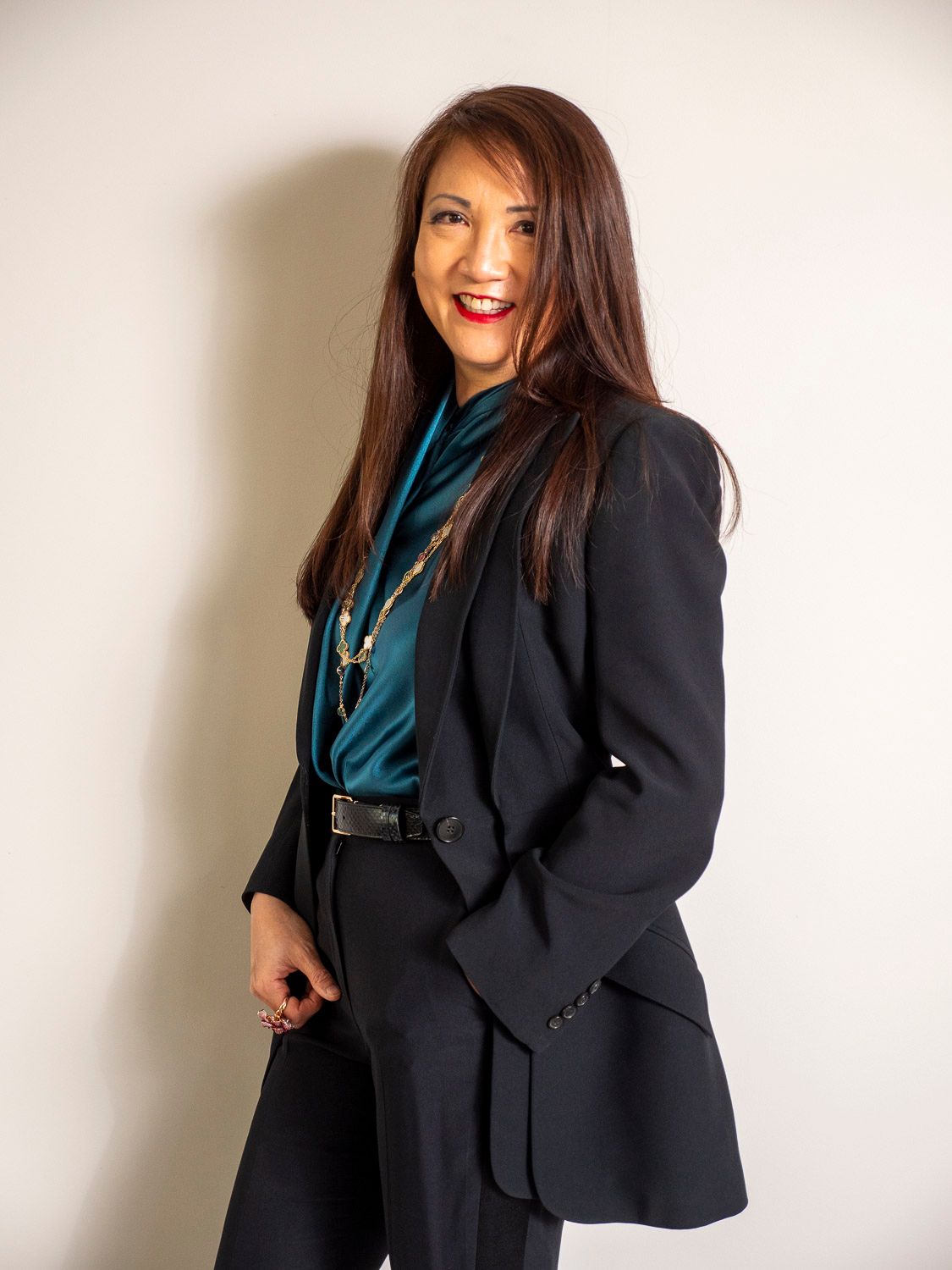 Recognised as the inimitable expert in Australia on the interplay between construction and insurance law, Laina was a finalist for Lawyers Weekly Australian Barrister of the Year for both 2019 and 2020. She is “goto” counsel in property law, conveyancing and lease disputes. See for example her recent win in the New South Wales Supreme Court in Goyal v West [2021] NSWSC 526 where she was briefed by the New South Wales Pro Bono Scheme to appear at an urgent expedited hearing on the statutory construction of 182G of the Retirement Villages Act 1999 (NSW). The case has created “new law” that will benefit all residents and former occupants of retirement villages going forward. Adept at identifying the rights and liabilities of the parties to a dispute, Laina will design the best strategy to achieve favourable client outcomes. Depending upon the needs of the clients, these outcomes may be negotiated or via contested hearings. 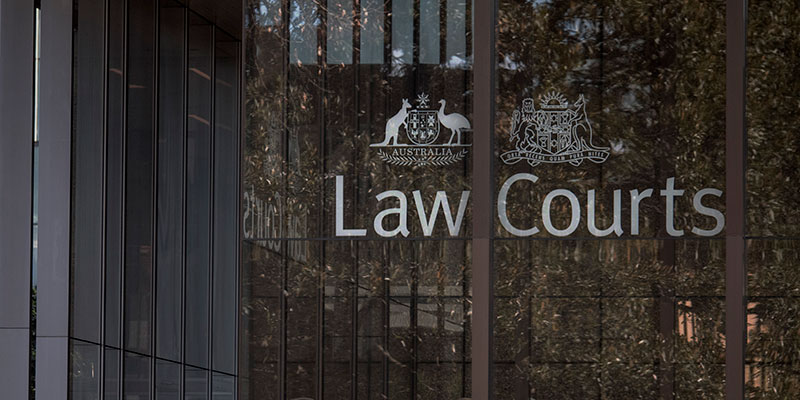 Subject Matter Expertise. Laina has been at the bar since 2004.  She recently co-authored with Prof J W Carter the seminal work on Contract and the Australian Consumer Law, Federation Press, 2019.  Their paper on the new method for quantum meruit claims is referenced widely by construction practitioners and academics. She is also a contributing author to Bailey’s, Construction Law in Australia, 4th edition, Thomsen Reuters and is responsible for the chapters on professional liability and insuring risk in construction projects. All of these publications are on the reading lists for courses at the University of Sydney and the University of Melbourne Masters of Construction Law Courses.

In the last 16 years, Laina has lectured post graduate students in Contract Law at the University of Sydney and risk management via insurance and performance guarantees at the University of Melbourne Masters of Construction Law program.   Her talks in November 2018 in Sydney and Brisbane at the Thomsen Reuters Building and Construction Law conference on  alternative dispute resolution were well received. She challenged and offered alternative views and pathways to the typical adversarial approach to mediations.   She continues to speak both internationally and throughout Australia on construction related issues and the strategy behind and the benefits of negotiated outcomes.

Strategy, execution and resolution.  As your counsel, Laina strives to achieve the optimal resolution for your dispute utilising her legal, commercial and strategic skills.

Laina has a Certificate of Management Excellence (CME) from Harvard Business School having completed programs in negotiation, strategy and leadership.  The negotiation and strategy programs have had a significant impact upon the way Laina approaches dispute resolution.  She has set aside the common adversarial approach to negotiations and has embraced the more open, collaborative and relationship building methodology advocated at Harvard.  The fact that Laina settled 12 matters in the six months following completion of her Harvard Business School Negotiation course in 2018 is testament to the success of this alternative approach.  This included the settlement of 2 matters which had been the subject of 2 failed mediations at subsequent informal settlement conferences on more favourable terms than had been on the table at the failed mediations.

Early strategic management of disputes. Court or arbitration hearings are not always the ideal method of dispute resolution although it is undeniable that hearings are sometimes essential to protect the rights of her clients. An article that she has written on the benefits of briefing counsel early in Inhouse Counsel can be downloaded here.  If Laina is briefed when a dispute arises, she will work with the entire team to resolve the disputes early so that costs are contained and client margins preserved. Laina’s negotiation and strategic skills as well as understanding of commercial realities ensure that the most efficient strategy for resolution is identified and implemented.

Laina has been identified as a game changer in the TOP 100 Women in Construction Initiative and she has also been featured as a woman to watch by the University of Sydney.

Arbitration. In 2013, Laina completed the advanced ICC Institute PIDA Training on international arbitral practice at the ICC headquarters in Paris.  In the last few years, she has presented throughout Australia and in New York on the enforcement of international arbitral awards in the Asia Pacific.  She has been published in Construction Law International as well as the New York International Law Review on the issue.  She has advised widely on the impact of Arbitration Clauses in Commercial Contracts and also appeared in Traxys Europe SA v Balaji Coke Industry PVT Ltd (No 2) (2012) 201 FCR 535. She is currently involved in a significant arbitration with 2 Supreme Court Cases in Western Australia which draws on her expertise in construction contracts, professional indemnity, insuring risk in construction projects and arbitration.

Mentoring. For the last 6 years Laina has mentored lawyers and professionals through the mentoring programs for the Society as well as the Asian Australian Law Association, an activity that she finds very rewarding.  In 2018, she had the opportunity to meet Dr Kakenya and to become involved with the program of the LBW Trust to mentor schoolgirls from the school founded by Dr Kakenya in Kenya to help them transition to University and professional life.

Laina graduated from the University of Sydney in 1994 and commenced working for the then Justice Clarke in the Court of Appeal as his researcher, carrying out detailed research and assisted with the preparation of judgments including that of Woollahra Municipal Council v Sved & ors (1996) 40 NSWLR 101 and Akins v National Australia Bank (1994) 34 NSWLR 155. For the 6 months of the 2 years that Laina worked for the judge, Laina was assigned to Justice Michael Kirby as his researcher where she had the opportunity to work closely with the judge and to also prepare several draft judgments. Those judgments include Nicholson v Nicholson (1994) 35 NSWLR 308, Forgeard v Shanahan (1994) 35 NSWLR 206 and several more.

Following her employment at the Court of Appeal, Laina joined Phillips Fox for about 2 years where she was introduced to a wide range of professional indemnity and defamation cases.

In early 1998, Laina left Phillips Fox to join Minter Ellison where her association with building and construction law and LawCover work commenced. During the 5 years that Laina was at Minter Ellison, she worked on many construction cases defending building professionals. For the whole period, she also worked on the matter of Maronis Holdings Ltd v Nippon Credit Australia Ltd & ors (2001) 38 ACSR 404 representing Clayton Utz who was successful at trial before Bryson J. The matter settled after the hearing of the appeal but prior to judgment.

Most rewarding of all, Laina has been able to apply her skills as a barrister and as a business person to assist Tribal Warrior Association as their Executive Manager of Fundraising to raise funds for the continuation and expansion of the Clean Slate Without Prejudice Program.  The CSWP program is a collaboration between the Redfern Police and Tribal Warrior Association and was featured on First Contact on SBS in November 2014.  The CSWP program is credited with virtually eliminating indigenous juvenile crime in the Redfern area.

In collaboration with Superintendent Luke Freudenstein of the Redfern Police and Shane Phillips, the CEO of Tribal Warrior, Laina documented the entire program to enable it to be franchised throughout Australia as well as developed and put in place mechanisms to measure the outcomes of the Program to enable adequate reporting to Government.
In the 18 months that Laina had this volunteer role, she prepared numerous funding applications not only addressing the need for the program but also addressing the capacity, capability and business case for its continued existence and expansion.  The key application was the application to the National Government pursuant to the Government’s Indigenous Advancement Strategy seeking funding for the expansion of the Clean Slate without Prejudice Program beyond Redfern. This application was successful and secured sufficient funds to ensure the expansion of the program to Leichhardt, Glebe, La Perouse and Maroubra.

A copy of the CV of Laina may be downloaded here. A short form CV is also available here.