The NSW Court of Appeal’s recent decision in Malago Pty Ltd v AW Ellis Engineering Pty Ltd [2012] NSWCA 227 has once again demonstrated the willingness of courts to give effect to commercial contracts and its reluctance to hold commercial contracts void for uncertainty.

The issue in the case was whether the Heads of Agreement entered into between the parties following mediation to resolve a dispute in relation to a purchase of shares and units in a unit trust was enforceable. The purpose of the transaction was to secure for the appellants the entire marina business at Rozelle Bay, NSW. As part of this transaction, the Heads of Agreement included an obligation to transfer control of 21.6% of the total water surface area to the respondent (’21.6% area’). The Heads of Agreement also envisaged the parties executing a formal agreement. Pursuant to that term, the appellants sought specific performance of that obligation.

Construction of the Heads of Agreement

The Court of Appeal was satisfied that the parties had objectively intended to be bound by the Heads of Agreement. The submissions as to uncertainty did not go down well either.

The Court of Appeal rejected the 4 fold arguments in relation to uncertainty and held that the agreement embodied in the Heads of Agreement was not void for uncertainty or incompleteness. In doing so, the Court of Appeal adopted the approach that a court will attempt to give effect to commercial contracts where possible, by adopting a reasonable construction of the contract: see Hillas and Co. Ltd. v Arcos Ltd. (1932) 147 LT 503.

Secondly, the absence of identification of the precise 21.6% area to be transferred did not render the Heads of Agreement void for uncertainty. In the Heads of Agreement, the appellant had the discretion to determine the precise area to be transferred so long as the area transferred constituted 21.6% of the total water surface area. The Court applied the general rule that where a promise permits performance in a number of ways and does not state which party has the right to elect, the promisor has the right to elect which of the methods of performance he will choose: Timmerman v Nervina Industries (International) Pty Ltd [1983] 2 Qd R 261 at 262. Here, it was clear as a matter of construction that there were alternative ways in which the relevant obligation could have been performed. Any ambiguity in the clause was resolved as a matter of construction. The Court took the approach that so long as a clause is not completely devoid of meaning, an ambiguous provision is valid and bears such meaning as the court attaches to it after due consideration: Upper Hunter County District Council v Australian Chilling & Freezing Co Ltd (1968) 118 CLR 429 at 436 per Barwick CJ.

Thirdly, the Court of Appeal resolved the ambiguity in the expression ‘Gross Marine berth income’ by construing the expression against the surrounding circumstances and background of the parties’ knowledge of how the business operated at the time of the contract. Finally, in relation to the alleged conflict between the indemnity and mutual releases clauses, the Court of Appeal construed the agreement as a whole and were satisfied that the two clauses were readily reconcilable.

At the end of the day, the ‘Formal Contract’ that the Court of Appeal ordered to be executed included all terms that were negotiated after the Heads of Agreement and that were mutually agreed by the parties. The Court of Appeal was able to determine the form of this ‘Formal Contract’ based upon the submissions of the parties which identified the relevant areas of agreement.

This case emphasises that courts will go out of their way to enforce a commercial agreement and to give effect to the parties’ objective intentions. Where ambiguity is present, the courts will in accordance with the principle in Codelfa Constructions Pty Ltd v State Rail Authority of NSW (1982) 149 CLR 337 turn to extrinsic material in the form of background material known to both parties at the time of contract. A court will not readily accept that a clause is uncertain if the clause is capable of some meaning and can be viewed as ambiguous instead. 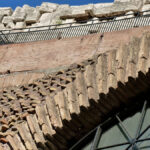 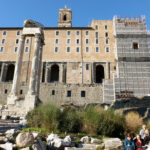 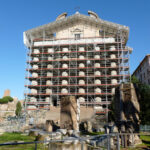